We are finally here the 2010 World Series. It’s time to NOW bring your best baseball betting hat to the table for gambling on baseball. Cappers Picks all season long provides MLB baseball gambling predictions, so check back often.

Game 2 of the World Series was in a word, strange. It was a close pitcher’s duel after six and a half innings. Then, after the Rangers’ bullpen completely unravelled and no one could throw a strike, the Giants scored eight runs over the seventh and eighth innings and wound up with a 9-0 win. Is this series about to turn into a blowout or will Texas rally in Arlington?

The Giants are a scary team to play when you’re trailing in a series; they have so many outstanding starting pitchers that there’s never a “break.” After Tim Lincecum and Matt Cain, they trot out lefty strikeout machine Jonathan Sanchez.

Sanchez may never have great command of his outstanding arsenal; in these playoffs, he has six walks in 15.1 innings. But the guy is very hard to hit. He has 19 strikeouts over that span, hasn’t surrendered a homer and has held opponents to a .164 average. The playoff sample size is very consistent with Sanchez’s career norms. In the regular season, Sanchez whiffed 205 batters in 193.1 innings and opposing hitters hit just .204 off him but he walked 96 hitters.

Sanchez has never started a game against the Texas Rangers but, as he travels to Arlington, we know he’s been a road warrior of late. He had a 2.86 road ERA over 16 starts this season and he’s amassed a 2.93 ERA in the playoffs with all his innings coming on the road.

Could Sanchez’s chink in the armor be his relative struggles against right-handed hitters? All five of Sanchez’s earned runs in the 2010 playoffs have come off the bats of righties. The Rangers have plenty of dangerous right-handed sluggers who can mash lefties. In fact, it seems every Texas Ranger, including the lefty bats, has dominated left-handed pitching this postseason. Seven of the Rangers’ nine starters are batting .333 or better against lefties in the 2010 playoffs.

Perhaps best of all has been Josh Hamilton. Surprisingly, the superstar, who bats from the left side, has crushed lefties this postseason, smashing three homers and driving in seven runs in 18 at-bats. He could terrorize Sanchez Saturday night.

So it at least seems possible that the Rangers can get to Sanchez; the matchup suggests as much. But can Colby Lewis shut the door on the Giants? The Rangers’ No. 3 starter has defied the odds all playoffs long; he beat the Yankees twice at home. Like Sanchez, Lewis has struggled with free passes at times, issuing 11 in 18.2 innings, but he hasn’t given up many hits and keeps racking up strikeouts.

Not many of the Giants have faced Lewis much – though Aubrey Huff does have a homer off him in four at-bats.

I’ve picked Texas to win and failed in both Game 1 and 2. But I’m going with the Rangers again. Perhaps I was foolish in relying on a gut feeling for Game 2. Game 3 is a more educated pick. The Rangers’ lineup can only stay down for so long and has stomped on lefties time and time again during these playoffs. Look what the Texas did to David Price. Lewis has been dynamite at home and hasn’t lost yet in the playoffs.

I fully expect Texas to fight back and send a message in Game 3. This series could still become a back-and-forth classic yet.

WHAT ARE YOU WAITING FOR? Click here NOW to Join Betus.com Sportsbook and start WORLD SERIES baseball gambling all season long 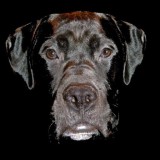