This season the Bengals are 1-0 at home and the Titans are 1-0 on the road.

In their last games the Bengals beat the Atlanta Falcons 24-10 and the Titans lost to the Dallas Cowboys 26-10.

After an impressive win in their season opener against the Chiefs in Kansas City the Titans’ struggled on both sides of the ball in their home loss to the Cowboys. They are the betting underdog facing a Bengals’ team that is off to a great 2-0 start to the season.

The Bengals are off their first 2-0 start since the 2006 season. The Bengals have won 10 straight regular season games at home.

In the win over the Falcons star Cincy WR A.J. Green left the game with a toe injury and it is not thought to be serious and he should play in this game. Andy Dalton played well in the win over Atlanta passing for 252 yards with 1 TD and 0 INT and he will face a Titans’ pass defnese that is the top ranked unit in the NFL after 2 games.

The Titans played decent pass defense against Tony Romo in the loss to Dallas, but they could not stop the run. They allowed Cowboys’ RB DeMarco Murray to run for 167 yards and a TD and he averaged nearly 6 yards per carry.

This Sunday they will have to deal with Cincy RB Giovani Bernard, who made some big catches in the Atlanta game and did rush for 90 yards even though he only averaged 3.3 yards per carry.

After a solid opening game Titans’ QB Jake Locker stunk it up facing Dallas, as he had 2 picks and missed many open receivers. He has a less than stellar WR corps, but TE Delanie Walker had a big game facing Dallas with 10 catches for 142 yards and Tennessee’s only TD.

The Cincy defense played well in the win over Atlanta and Locker has to be careful with the rock facing a Bengals’ pass D that had 3 picks against the Falcons.

RB’s Shonn Green and Dexter McCluster have to help Locker out on offense, as he cannot carry the team with his arm. These 2 did not play well in the loss to Dallas and overall in the game the Titans only had 97 rushing yards.

It is key that the Titans get off to a good start and do not give up the lead like they did in the Dallas game.

Running the ball will be key in this game to keep Dalton and company on the sidelines. In the loss to the Cowboys the Titans were dominated in the time of possession having the ball for 18:49 while Dallas had it for 41:11.

This one is an easy call, as at home the Bengals will easily win this game and cover the 6.5-point spread. 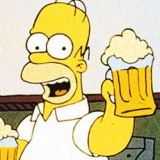