Week 2 of the NFL  season will features a match-up between the Dallas Cowboys (0-1) and the Tennessee Titans (1-0) at LP Field. Cappers Picks will provide free NFL picks all season.

An intriguing NFC vs AFC match up is the focus here, as the Dallas Cowboys will look to bounce back from a week one loss when they travel to Tennessee to take on the Titans.

When I say intriguing I mean that this game will provide a bit more clarity on the identity of both of these teams. The Titans absolutely rolled over the Kansas City Chiefs last week in somewhat of an upset, while the Cowboys were downed by the San Francisco 49ers as many pundits predicted.

Are the Titans for real this year? Are the Cowboys as bad many people are saying they are? These questions and more will be answered in this week 2 showdown.

Dallas was unimpressive in week 1 against the 49ers, losing by a count of 28-17 on their home turf. An 11 point defeat to one of the powerhouse teams in the NFC may not look awful, but this game was 28-3 at halftime and the Cowboys did little more than salvage some pride with a pair of second half TDs.

Tony Romo and the Cowboys offense is going to be charged with carrying the bulk of the responsibility for this teams’ success or failure, as the Dallas defense is one of the worst in the league.

Romo was 23/37 (281 yds) and tossed one TD last week, but was picked off three times. DeMarco Murray had a good day running the ball and scampered for 118 yards and a TD.

This offense can indeed put points on the board and will have to get up and down the field efficiently and avoid turovers on Sunday to have any chance against the Titans.

The Titans might have pulled off one of the more surprising results last week in going into Kansas City and trouncing the Chiefs 26-10. While the Chiefs have been projected to take a step backward from their 11 win season a year ago, I doubt many people had them getting smoked in week 1 in the manner that they did.

Titans QB Jake Locker was great against the Chiefs, going 22/33 (266 yds) and completing a pair of TD passes and kicker Ryan Succop was 4/4 on field goals.

The Tennessee defense was impressive as well, holding star running back Jamaal Charles to just 19 yards on the ground and the Chiefs as a team only mustered 67 rushing yards.

Takeaways also helped the Titans’ cause as they picked off QB Alex Smith three times.

While the Titans’ defense was impressive in week one, the Cowboys boast more weapons when they have the football. Add to that, the fact that the Cowboys can’t stop anybody on defense and are going to have to win a lot of track meets this year, I can see this game being a high scoring affair. 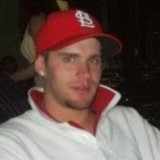 A (self-proclaimed) fantasy sports guru since 2004 and a journalist since 2007. He has been offering unsolicited sports gambling advice to his circle of friends for years and has now put himself at the mercy of online readers everywhere. "It's not whether you win or lose, it's how much fun you have"... His hockey coach told him that when he was 7. His team lost every game that year.