In Jetsland, out is oft-publicized head coach Rex Ryan and in his place steps another defensive guy, former Arizona co-ordinator Todd Bowles. Ryan’s replacement is respected in the business and, unlike his predecessor, is intent on building the Jets into a respectable offensive team as well as remaining stout defensively.

It’s not going to happen overnight for the Jets, though this team already has some bright stars. With several strangely scheduled games this season, both in terms of location and time, it could be a year of incremental growth for the J-E-T-S.

This is a great opportunity for the Jets to start out on a winning note. New York’s fearsome defensive line and secondary should stymie the Browns in all facets of their offensive game.

This road game won’t be easy as the Colts are a surefire AFC contender. New York’s excellent CB duo of Darrelle Revis and Antonio Cromartie and hard-hitting safety Calvin Pryor could force Indy QB Andrew Luck into some mistakes, however.

Last year when he played for Dallas, new Eagles RB DeMarco Murray did not get stopped by many opponents. Yet, with the NFL’s best rush defense, DEs Sheldon Richardson, Muhammad Wilkerson and rookie Leonard Williams, as well as DT Damon Harrison, New York should flip that trend on its head, along with a headache for Murray.

With an early bye week, the Jets will have a marathon finish to the season. It starts with a winnable game against the Redskins, especially when you consider the carousel at QB for Jay Gruden’s team. The Jets’ D-line simply must contain RB Alfred Morris, which it is capable of.

Road games in Foxboro are never fun, especially if you are the Jets. New York desperately needs more than a caretaker situation at QB, though that’s what it appears it has in third-year Geno Smith and career journeyman Ryan Fitzpatrick. It’s possible “Fitzy” is the starter by this point of the campaign.

The Raiders may finally be turning their losing culture around under new head coach Jack Del Rio, but the overall talent level is still underwhelming for Oakland. The Jets should take advantage of this on the strength of the power running game courtesy RBs Chris Ivory and Bilal Powell.

Not unlike Oakland, Jacksonville is finally making some sound football decisions upstairs, but needs to play catch-up. Second-year starter Blake Bortles looks the part and may be the real deal, but he still has a lot to learn for Jags. New York has two winnable games in a row here.

This should be a doozy. The Jets will surely have some chuckles and warm words for their former head coach, but after kickoff this should be a knife fight, as Bowles and the Jets will sorely want to beat Ryan and the rival Bills on home turf. Additionally, it’s tough game to call. Insta-classic.

When you play the Texans, the game-plan begins and ends with slowing down DE J.J. Watt. The reality of it is, though, that with Brian Hoyer as their best option at QB, the Texans are not a serious threat. The same thing could be said about the Jets, which will make this an interesting match-up.

The classic Battle of the Big Apple will focus on the Jets’ D-line pressuring Eli Manning and the secondary minimizing the damage from Victor Cruz and second-year dynamo Odell Beckham. If the Jets can do this, they should be successful in the game.

The Jets can beat the Titans, and with a tough schedule they must if they are to make noise in the AFC East this season.

The Jets travel to the Jerry-Dome with the tall order of unseating the Cowboys. Dallas quietly built a dominant offensive line and if defenders like DE Greg Hardy and LB Sean Lee can stay out of trouble and healthy (respectively), the odds don’t look good for New York.

It’s conceivable the Jets are in the playoff race this late in the season, which should make for high drama with consecutive games against their two biggest rivals, the Pats and the Bills. New England legend Tom Brady lives for shredding the Jets late in the season; the home team desperately wants to flip that storyline. Superstar Revis also squares off against his old team, just to further ramp up the drama.

Don’t be surprised if this is a game where the winner is playoff-bound and the loser goes home. You can’t ask for more in a changing AFC East division.

The 2015 NFL futures betting season is right around the corner! If you like to bet on the NFL, you are in the best possible place for online betting. 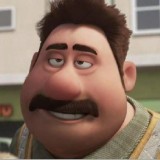 James has been naming every player on the EA Sports video game rosters for half a decade now, he’s finally putting his knowledge to better use writing for us here at CappersPicks.com. Your comments are welcome below…Give Us Your Take!