Although the Los Angeles Dodgers had an “almost” NL MVP winner and a Cy Young winner in 2011, that’s pretty much all they had. Amid the continued ownership turmoil, the team made very few acquisitions during the offseason to better their 82-79 third place finish.

Outfielder Matt Kemp came up short in grabbing the NL MVP, despite leading the league in home runs (39) and RBIs (126, losing out to Milwaukee Brewers’ Ryan Braun who mainly won the award mostly because he was on a playoff team. As his numbers were not as good as Kemp’s.

Kemp will remain a key cog in the Dodgers lineup , and if he has just 3/4 of the season he did a year ago, that included improving his base running while ripping off 20 stolen bases, he may likely get the chance to snatch the award he so greatly deserved while showing once again what he is really capable of.

Meanwhile, on the mound, Clayton Kershaw, who won the 2011 Cy Young award after winning the pitching triple crown in the National League (led the NL in wins, strikeouts and ERA), is back.

The lanky lefty has improved his pitch variations, including putting a little extra more zing on his fastball.
He has definitely proved himself as on the, if not the best starting pitcher in a pitch-heavy NL West.

Finally, the Dodgers did pick up Jerry Hairston, Aaron Harang, Mark Ellis, Chris Capuano and Adam Kennedy, all who were had for little money, but do bring something to the table. [dfads params=’groups=10&limit=1&return_javascript=0′]

While the Dodgers have two of the best players in the league, the will still need to rely on 23 other teammates if they want to win the division and contend for a championship in October.

If that’s the case, the boys in blue will need more offensive production from Andre Either and James Loney, both who have cooled over the last two seasons in southern California.

The reliance on those two players will be even more critical in 2012 since the team lost Rod Barajas, Jamey Carroll, Casey Blake, and Rafael Furcal, all who are replacement level players but could hit for average in an already weak lineup.

Throw in Jonathan Broxton’s continued side into the abyss and the worst season of Chad Billingsley’s career, and the Dodgers just don’t seem to have what it takes to compete with the leagues other teams.

It would appear that the Dodgers are headed into rebuilding mode, but with ownership still being a big question mark, fans shouldn’t expect any new faces anytime soon. While Kemp and Kershaw are remarkable players. it’s likely the will repeat last year’s numbers, and if Ethier can’t find a way to swing the same bat as he did in 2010, you can expect the Dodgers to finish towards the bottom of the NL West in 2012. 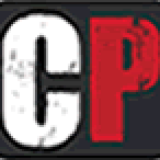