The Reds arrive in St. Louis coming off a 17-7 pummeling at the hands of the lowly Colorado Rockies, and will begin a three-game on Monday against a Cardinals team that has been red-hot following the All-Star break.

On a day when the Reds (43-53) traded ace Johnny Cueto to the Royals, the Rockies scored 10 runs in the third inning to hand Cincy its worse lose since July 6, 2009, when they suffered a 22-1 loss against the Phillies.

Before that, St. Louis has used the All-Star break to revitalize its offense, as Matt Holliday returned to the lineup.

Jason Heyward also broke out with a 5-for-5 game on Saturday and the team regained its 4½-game lead over the Pirates atop the NL Central.

The Reds will try to rebound and regain some of their poise and will go with right-hander Raisel Iglesias in Game 1 on Monday.

After being roughed up by the Marlins on July 11, in a 14-3 loss, Iglesias followed up with 5-4 loss against the Cubs.

He has not been able to find consistent control this season, and is 0-0 in a single career start against the Cardinals.

The Cards, will counter with Lance Lynn, who has won two in a row, including a 3-2 win over the White Sox his last time out.

He’ll take the mound again Monday against the Reds who he has yet to face in his career.

Cardinals – The Reds have lost four if their last six and have struggled at times offensively during that span. Couple that with the past few poor outings that Iglesias has had, and you can’t go against the home team in this on. 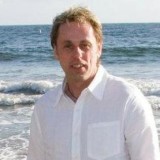