With the Kentucky Derby less than a month away, it is time to take a look at this year’s top contenders as we begin to size up whom might have a shot at winning horse racing’s legendary Triple Crown;  the Kentucky Derby,  Preakness, and the Belmont. The last horse to accomplish this feat was Affirmed way back in 1978.

Since then eleven horses have won the first two legs, but all failed to capture the Crown, losing in the Belmont. Last year, Big Brown captured everyone’s attention by dominating the first two races and was thought to be a shoe in for the Triple Crown, but finished dead last in the Belmont after stumbling out to a bad start.

Here is a preview for my top five horses competing for this year’s Triple Crown:

Chocolate Candy– Earlier in the year he won the California Derby and the El Camino Real Derby to burst onto the scene as a legitimate contender. In his last outing, the Santa Anita Stakes he finished a strong second and should be a moderate favorite in the Derby. I like this horse’s chances to be a spoiler in Kentucky, but I do not see him as a legitimate Triple Crown threat.

Friesan Fire– With three wins so far this year including an impressive performance in the Louisiana Derby; he should be a front runner in Kentucky and one of the favorites in the Preakness and Belmont as well.  At this time though, I just do not see him having the staying power to win all three.

I Want Revenge– This horse loves to run on real dirt winning both the Gotham Stakes and the Wood Memorial at Aqueduct. He will most likely wind up one of the top favorites  for the Kentucky Derby, and has a great chance to win one of these races, just not all three.

Pioneer of the Nile– This horse jumped to the top a many people’s futures list after winning his first three races this year including the Santa Anita Derby. In his last outing, the Arkansas Derby, he came in second which could be considered a disappointment. Given his all around versatility and all around ability, I believe this horse will be the outright Derby favorite as well as a legitimate Triple Crown threat.

Quality Road– After a big win in the Florida Derby, his trainer noticed a quarter crack in his right hind foot. While this hasn’t affected his workouts for the Derby, as he is still considered one of the favorites. My question would be whether or not he can hold up to the rigors of all three races.

With no clear cut favorite, this year the path to the Triple Crown is still rather clouded.

I think Pioneer of the Nile is the all around best horse, but there is not a huge gap between him and the rest of the early favorites.

Given this fact I would lean toward no, there will not be a Triple Crown winner in 2009, as I actually expect  a different horse to win each race.

Put Your Horse Racing $$$ Where Your Mouth Is – Join JustBet.com Racebook Today and WAGER On the 2009 Triple Crown!! 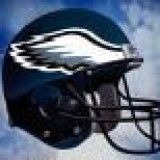 David Schwab is a regular contributor to the Cappers Picks Blog. While not cheering for his beloved Philadelphia Eagles David can be found working on his blog at www.eaglesinc.com. David wants to hear from you so please comment below.

Thanks for the comment Tom. We’ll look into this…

Tom, my apologies in reference to the Arkansas Derby, as Old Fashioned came in second to Poppa Clem, not Pioneer of the Nile as I mentioned in my article.

Thank you for pointing this out and passing it along to set the record straight.