After all of the weekly games are finished be sure to check our waiver wire column, cheatsheets, a who’s hot, and who’s not report plus more in our fantasy football guide.

Week 16 was Championship Week for most of you – there were definitely some performances good enough to lead you to the promise land. There were a ton of outstanding offensive performances in Week 16 from some under the radar guys. Unfortunately some of the Studs became Duds at the worst time of the Fantasy season.

So here we go with the Week 16 version of Dave B’s Week 16 Studs and Duds.

Studs of the Week:

Aaron Rodgers – Green Bay Packers – Aaron Rodgers completed 21-of-29 passes for 283 yards and five touchdowns in Week 16, leading the Packers to a 35-21 Christmas night win over the Bears. It’s just not fair!

Matthew Stafford – Detroit Lions – Matthew Stafford completed 29-of-36 passes for 373 yards and three touchdowns in Week 16, leading the Lions to a playoff-clinching, 38-10 win over the Chargers. Stafford wasn’t on the field for most of the third quarter and still posted Stud numbers!

Cam Newton – Carolina Panthers – Cam Newton completed 12-of-17 passes for 171 yards and four total touchdowns in Saturday’s 48-16 win over the Buccaneers. He added 65 rushing yards on six carries. Newton broke a few more records in yet another Stud performance.

Tom Brady – New England Patriots – Tom Brady completed 27-of-46 passes for 304 yards with one touchdown and added nine rushes for 17 yards with two touchdowns in the Patriots’ Week 16 win over the Dolphins. 2 RUSHING TOUCHDOWNS??? Dude is a Stud – no doubt about it!

Matt Hasselbeck – Tennessee Titans – Matt Hasselbeck completed 24-of-40 passes for 350 yards with one touchdown and two interceptions in the Titans’ Week 16 win over the Jaguars. In a week that QBs didn’t steal too many shows, 350 yards makes Hasselbeck a Stud.

Arian Foster – Houston Texans – Arian Foster rushed 23 times for 158 yards and a touchdown and added three receptions for 16 yards against the Colts in Week 16. How much do you love Mr. Foster?

CJ Spiller – Buffalo Bills – C.J. Spiller rushed 16 times for 111 yards and a touchdown and caught two passes for 27 yards in the Bills’ Week 16 win over the Broncos. Spiller looked quick, elusive and on a different level than anyone else on the field on Saturday – Stud!

Jordy Nelson – Green Bay Packers – Jordy Nelson caught six passes for 115 yards and two touchdowns in Week 16, helping the Packers to a 35-21 Christmas drubbing of the Bears. That’s more like it – Nelson is a Stud, not the Dud he’s been the last couple of weeks.

Victor Cruz – NY Giants – Victor Cruz exploded for 164 yards and a touchdown on three receptions to lead the Giants to a season-saving 29-14 victory over the Jets in Week 16. Cruz’s team record for yardage in a season also resulted in him being included on the Stud list this week! [ad-8469823]

Brandon Marshall – Miami Dolphins – Brandon Marshall racked up seven catches for 156 yards with a touchdown in the Dolphins’ Week 16 loss to the Patriots. Amazing performance by Mr. Marshall on Saturday!

Reggie Wayne – Indianapolis Colts – Reggie Wayne hauled in eight passes for 106 yards and a touchdown to lead the Colts to a 19-16 last-minute victory over the Texans in Week 16. Wayne likely played his final game in Indy on Thursday and on the final drive was a monster. It’s been fun Reggie – best of luck in a new city Stud!

Wes Welker – New England Patriots – Wes Welker caught 12 passes for 138 yards in the Patriots’ 27-24 Week 16 win over the Dolphins. Welker was targeted 19 times in the game and continues to be the biggest WR Stud of this season.

Duds of the Week:

Tim Tebow – Denver Broncos – Tim Tebow completed just 13-of-30 passes for 185 yards, one touchdown, and four interceptions as the Broncos were blown out 40-14 by the Bills in Week 16. Tebow also scrambled 10 times for 34 yards and a touchdown while adding a fumble along the way. Wow – what a dismal effort – I guess he was due for a Dud of the Week effort!

Hakeem Nicks – NY Giants – Hakeem Nicks was held to just one catch on seven targets for 20 yards against the Jets in Week 16. Insane! I am truly sorry if you were depending on Nicks this week.

Joe Flacco – Baltimore Ravens – Joe Flacco completed 11-of-24 passes for 132 yards, two touchdowns, and an interception as the Ravens held off the Browns in Week 16. Not terrible with 2 touchdowns but 132 yards passing makes Flacco a Dud!

Eli Manning – NY Giants – Eli Manning completed just 9-of-27 passes for 225 yards, one touchdown, and one interception against the Jets in Week 16. Take out one – 99 yards play and Eli would have been Dud of the Week! He was miserable on Saturday for the second week in a row.

Willis McGahee – Denver Broncos – Willis McGahee managed 64 yards on 15 carries in the Broncos’ Week 16 loss to the Bills. Against one of the worst defences in the land, 64 yards is simply unacceptable.

Ryan Matthews – San Diego Chargers – Ryan Mathews rushed 11 times for 58 yards in San Diego’s Week 16 loss to the Lions, adding three catches for 16 yards. Matthews came into Week 16 as one of the hotter RBs in the game but was significantly cooled off by the Lions.

Shonn Greene – NY Jets – Shonn Greene rushed 14 times for 58 yards and added three receptions for 20 yards against the Giants in Week 16. So much for Ground and Pound. I blame Rex Ryan and his coaching staff for this Dud effort.

AJ Green – Cincinnati Bengals – A.J. Green caught just two passes for 25 yards and rushed twice for 25 more yards against the Cardinals in Week 16. Green was a Top 10 WR option this week – 25 yards receiving is a complete and utter Dud performance.

Santana Moss – Washington Redskins – Santana Moss caught two passes for 40 yards with a touchdown in the Redskins’ Week 15 win over the Giants. Big things were expected of Moss this week but 40 yards is definitely a major disappointment. 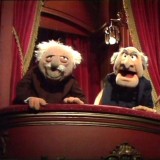